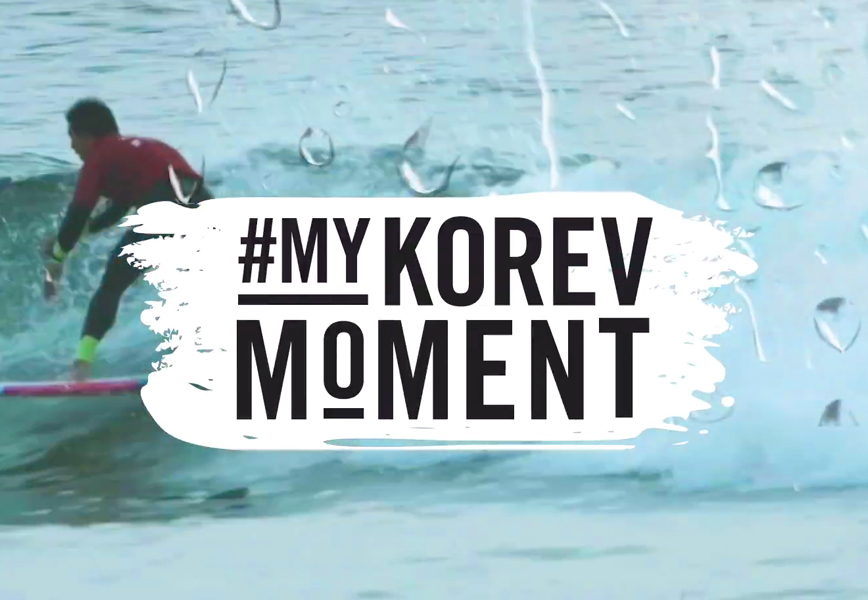 This summer, for their Cornish lager, Korev, St Austell Brewery are running a promotion offering the chance to win weekly coastal-inspired prizes when you share your Korev moments using the hashtag #myKorevmoment.

We were tasked with bringing the 2019 #MyKorevMoment campaign to life via social advertising and a strong presence at Summer events using a roaming ad van.

Standing out in a competitive alcohol market can be a challenge so we needed to create something visually arresting to cut through the noise this summer.  The fast-paced, rich, animated creative brought  the energy and excitement of the campaign to life – creating a connection with the lager’s refreshment cues and the variety of prizes on offer.  It also included photography from the previous year’s campaign  (to inspire!) along with the competition messaging and entry hashtag

Adventure and surf-themed prizes are up for grabs, along with the headline prize of a Cornwall coastal adventure for four people – including a paddle boarding session, a surf lesson with UK surf pro and Korev ambassador, Lucy Campbell, a St Austell brewery tour and a Tarquin’s Cornish gin distillery tour and tasting session.

To enter, you simply need to upload your Korev picture to any social media channel, tag in @Korev_Lager and use #myKorevmoment.

The 15 second mobile optimised, video ad will be promoted on social and a landscape version will also be showcased on roaming ad vans at several events where Korev will have a presence across the summer!