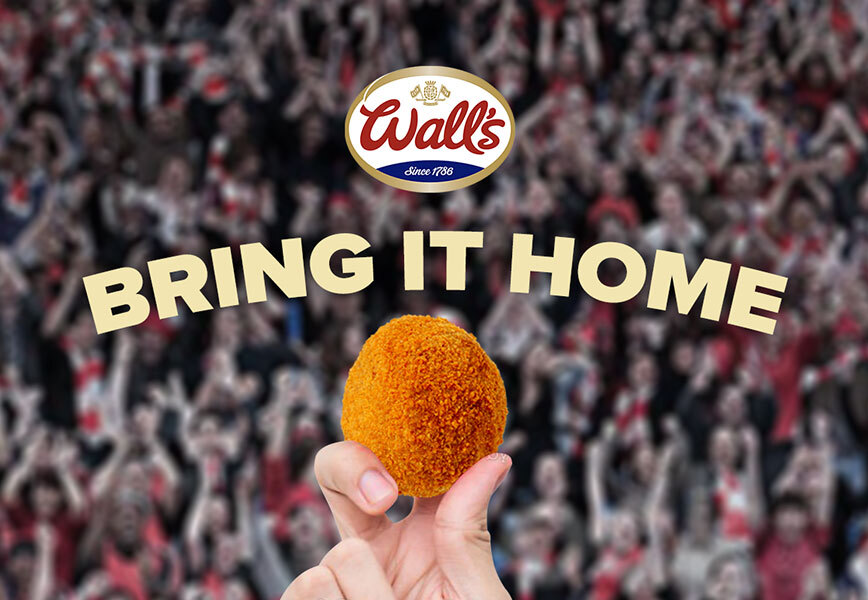 We were briefed by Wall’s to help drive awareness of their Scotch Eggs in Morrisons during the FIFA World Cup – the resulting social posts are some of the agency’s funnest work yet (even if we do say so ourselves!).

As many of you may know, the World Cup is a prime occasion for snacking. So what better time to remind shoppers of Wall’s delicious Scotch Eggs?!  Of course, there’s a lot of noise around the World Cup, so we knew we had to work hard to stand out.

Our audience insight suggested the best way to drive awareness and increase consideration was to target our core audience with paid advertising on Facebook.  This ran over two weeks, falling nicely in line with the group stages of the World Cup.

Armed with more football puns than we knew what to do with – we came up with a trio of simple, fun and playful (or, slightly weird and random…) animations – all created to grab the attention of Morrisons shoppers.

To get people to interact with the posts (even though it wasn’t one of main aims to begin with), we incentivised one of the paid posts with a chance to win 1 of 5 Wall’s matchday snack packs.

To be in with a chance of winning, all people had to do was leave a comment telling us who else would be in their dream Eggland squad.  Comments flooded in quicker than you could say ‘Football’s coming home’.

Back of the net!